Ed Madden is author of four books of poetry--Signals, which won the 2007 SC Poetry Book Prize; Prodigal: Variations; Nest; and Ark, forthcoming in 2016. His chapbook My Father’s House was selected for the Seven Kitchens Press Editor’s Series. His poems have appeared in Best New Poets 2007, The Book of Irish American Poetry, and in journals such as Prairie Schooner, Crazyhorse, Poetry Ireland Review, Los Angeles Review, and online at The Good Men Project.

He was appointed as the Poet Laureate of Columbia, SC in January 2015. 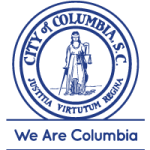 As poet laureate, I gathered 6 “river poems” by local poets that appeared on film screens between films during the 2016 Indie Grits film festival last year, Watermarked. April is also National Poetry Month! I wanted to do this again this year for the 2017 Indie Grits festival, Visiones, a multidisciplinary film and arts festival focused on the Latinx community and Latin American artists. So, if you attended this year, you may have seen one of the following poems ahead of film screenings.